The ‘’City of Dreams’’ or the ‘’City that never sleeps’’ – Mumbai is one of the most densely and diversely populated cities in India, with people from different religions living together in harmony. From Hindu to Muslims, from Christians to Sikhs, from Buddhists to Parsis and Jews the city has people from every religious background .

If you are planning a (religious or historically inclined trip) to Mumbai, read on to know about some of the most popular historical and religious places to check out in the city . 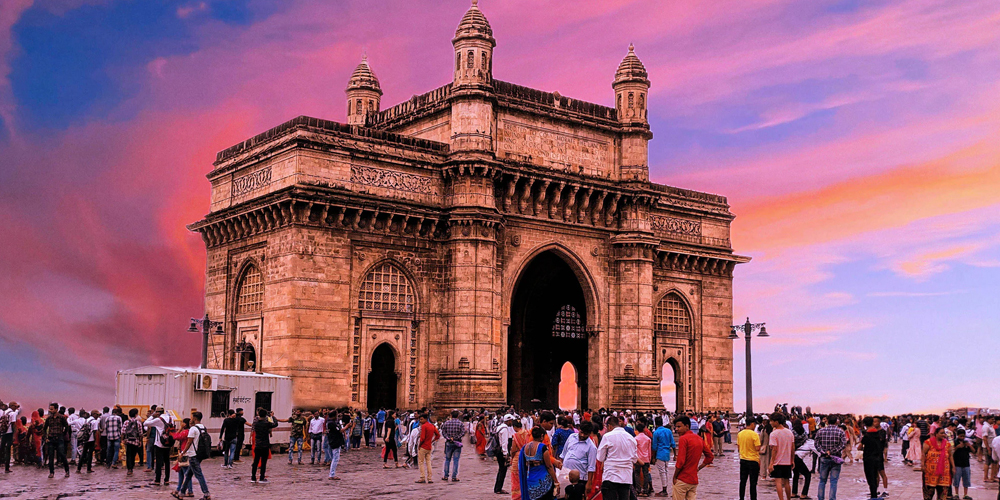 The Gateway of India is made of a mixture of insoluble concrete and yellow basalt, depicting the architectural style of Indo-Saracenic. The central dome of this majestic building is about 48 feet in diameter and has 4 clearly carved turrets with intricate lattices. the back of the building will lead you to the boardwalk in the Arabian sea where you can have a boat ride. Known for its magnificence and photography opportunities, the place is always filled with tourists and locals alike . 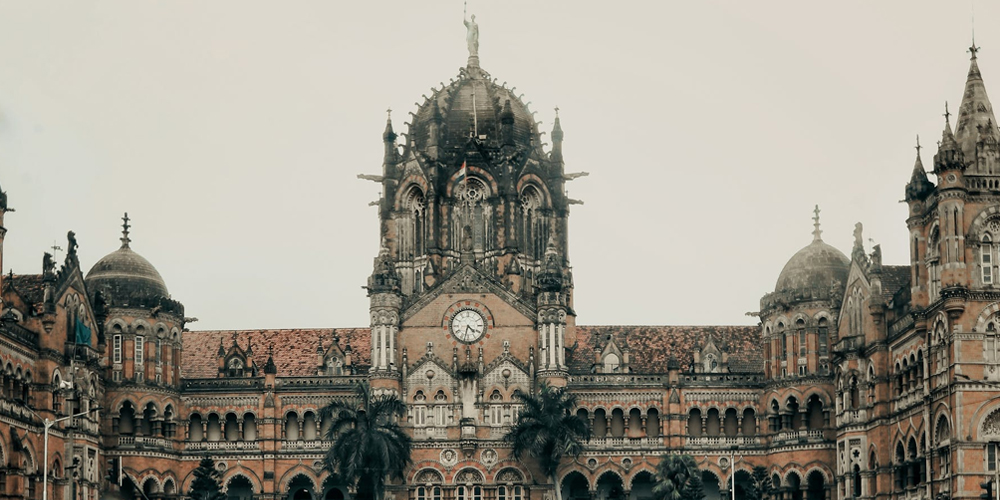 Formerly known as the Victoria Terminus, the Chhatrapati Shivaji Terminus stands majestically on the shoreline of the Arabian Sea, is the first ever railway station to function in India and is also a fine example of the 19th century railway architecture. The design of the building exhibits a great inspiration of the Indian architecture and Victorian Gothic Revival. The creation of the building started in 1878 and was completed in 10 years.

The terminus building is managed by the Indian Railways authorities and is sprawled in 2.85 hectares of area. The Chhatrapati Shivaji Terminus railway station carries over 3 million passengers every day which makes it the busiest railway station of Mumbai. The building was accredited as Heritage Grade I on April 21, 1997, under the Maharashtra State Government Act and still holds its unique architecture even today . 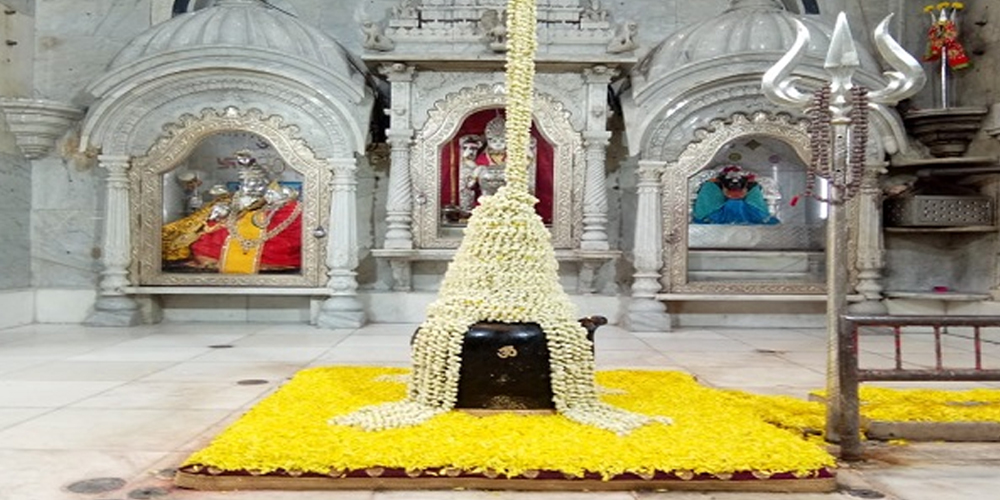 A majestic and magnificent looking Shiva temple, Babulnath Temple is situated on a hillock near Girgaon Chowpatty. Here, Shiva is portrayed as the Lord of Babul Tree and hence the name of the temple. The architecture of this temple is splendid leaves every sightseer in awe of its beauty. It was constructed in 12th century by King Bhimdev II but its magnificence was lost over the years. In 1780 idols of Lord Shiva, Parvati, Ganesh, and Hanuman were discovered again and were re-established. The temple sees a huge crowd especially on Mondays as it is the auspicious day of worshipping Lord Shiva. During Maha Shivratri, the temple of Babulnath is stunningly decorated and devotees come here to pour the milk-water mixture on Shiva Lingam and make their wishes . 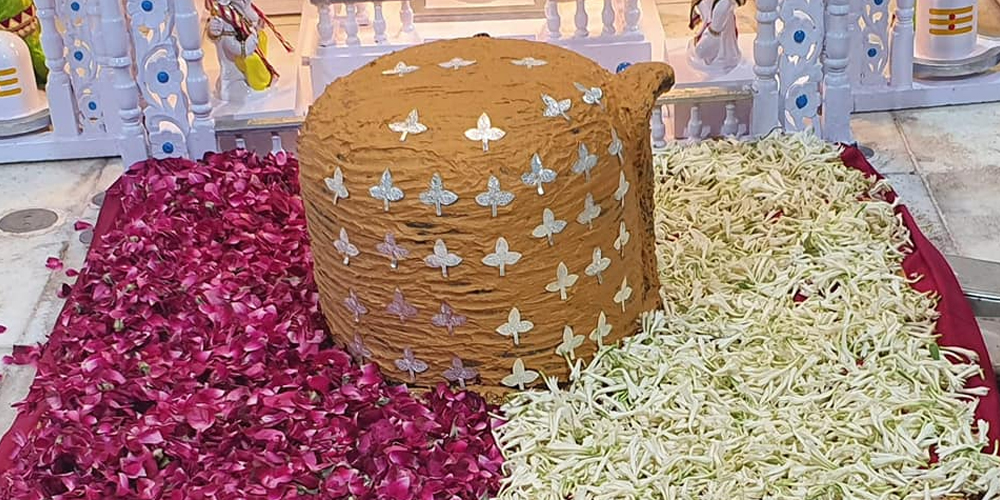 One of the historical and religiously significant attractions in Mumbai is the Swaminarayan Temple. It has a history of more than a century and has been dedicated to Lord Krishna. Owned and managed by the Swaminarayan Sampradaya, this temple was originally built in 1863 but was renovated in 1903. Beautiful idols of other gods such as Krishna, Radha, Gansham, and Laxminarayan are enshrined in the temple. The architecture of the temple is exquisite with intricately carved designs. There are three spires on the upper part of the temple and there is a Sabhamandap on the stairs whose dome is carved with beautiful images of Krishna and Radha. The temple is an exquisite site to be seen on the occasion of Janmashtami and Ram Navami and attracts a horde of devotees . 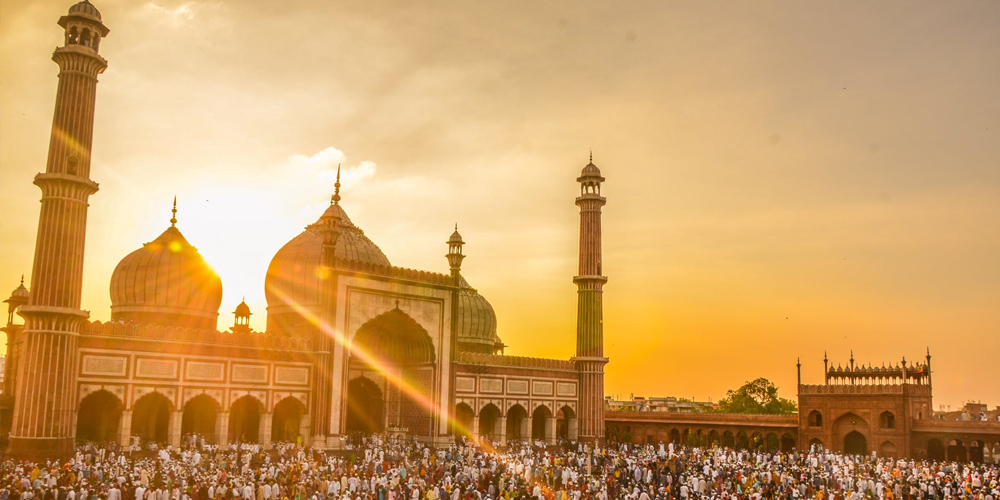 The historic monument of Jama Mosque has been sitting since the 18th century. The building was once located near Crawford Market in Mumbai but was placed at Esplanade only to be get destroyed again by orders from Governor William Hornby, who emphasized on having no construction within 600 yards of the Fort area. The construction for Masjid then began in 1775 in its present location of Kalbadevi neighborhood and was completed in 25 years .

The architecture of the Jama Masjid is exquisite made from white stone and bricks. The Masjid is a two- story quadrangular building and has a pool in its courtyard with golden and silver fishes and few turtles too. Also called as the Friday Masjid, the mosque is managed by the Kokni Muslim community of Mumbai . 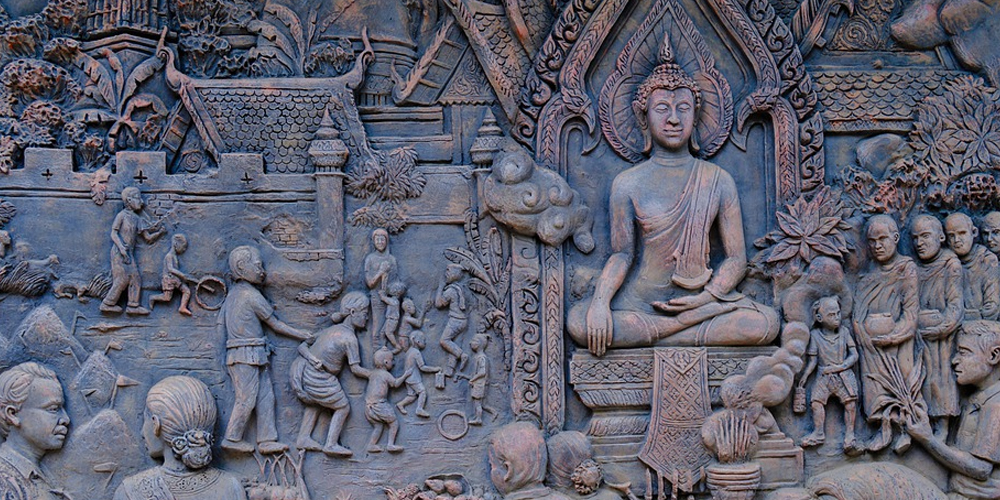 The temple of Shri Walkeshwar was inaugurated in 1127 by the community of Gowd Saraswat Brahmin. The temple is devoted to Lord Shiva and is huddled near Banganga Tank. Legend has it that Shri Ram stopped here on his way to Sri Lanka, trying to save his wife, Sita, from the demon Ravan who kidnapped her. He made the Shiva Lingam from sand and worshipped it. The term Walkeshwar is derived from two words ‘Valuka-Ishwar’ which means “The Lord of the Sand’’. During the Portuguese rule, they destroyed this temple in Mumbai in the 16th century. In 1715 another Gowd Saraswat Brahmin reconstructed the temple to its glory. A huge number of devotes come here to pray and make wishes and the temple is also a hub where Hindustani Classical Music is hosted . 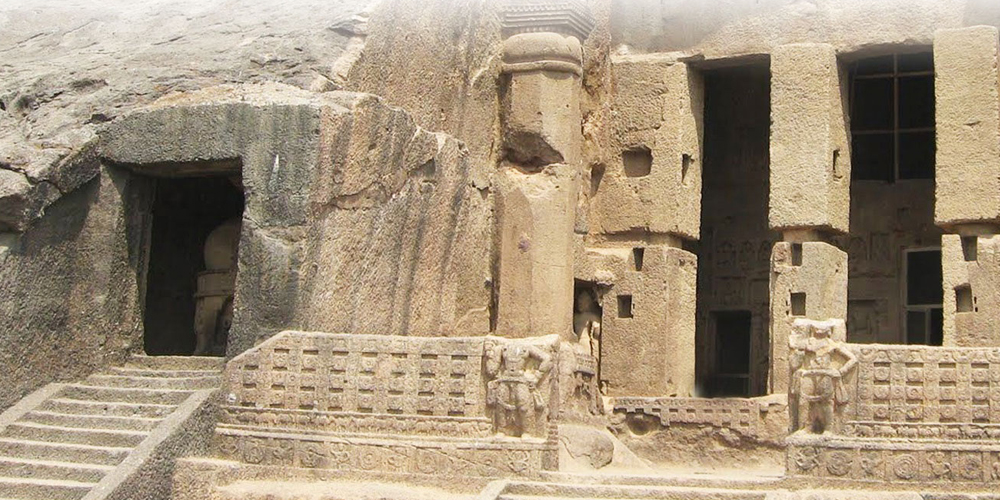 The Kanheri Caves are a widespread network of pre-historic caves situated in the Borivali area on the outskirts of Mumbai. This network of more than one hundred caves dates back to the 1st century AD, and as per belief the construction lasted until the 10th century. These caves are home to Buddhist sculpture, and the style is taken from the historical Buddhist motifs. The surrounding of the cave is as charming as the cave itself. These basalt formations are set against the backdrop of dense vegetation that stretches for miles and is deemed as the largest protected area within major cities in the world .

After reaching the caves, you can admire the scenery from the observation deck, enjoy delectable local cuisine in the restaurants, or start sightseeing the cave immediately . 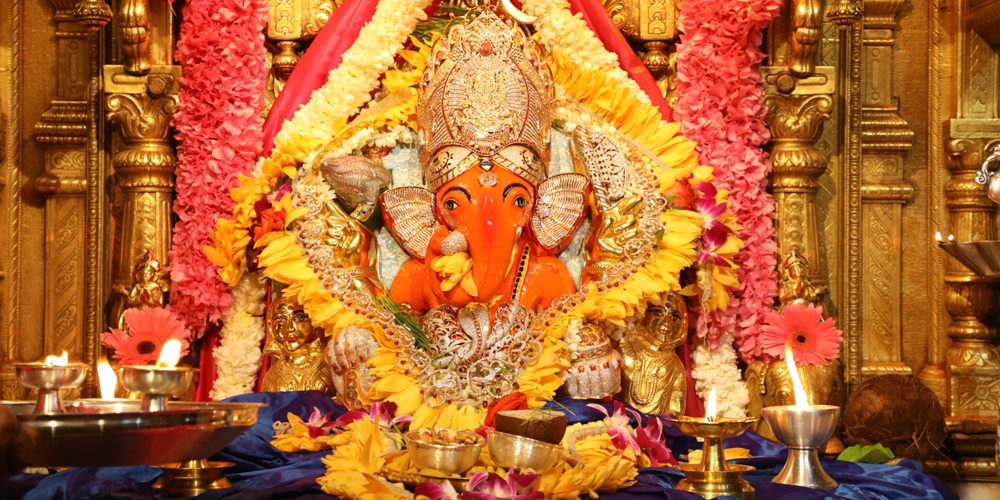 One of Mumbai’s most religious and historical sights is Siddhivinayak Temple in the Prabha Devi area of Mumbai. It is dedicated to worshipping Lord Ganesh and is highly appreciated by people because of the belief that is satisfies all the desires of the devotees who visit the temple. Siddhivinayak was built in 1801 and is considered one of the most famous religious sights in entire country .

The main God here is Ganesh with his wives Sidi and Ridi, who live in a small Mandapuri. The trunk of Lord Ganesh is the highlight that is on the right side rather than on the typical left side. It has a unique architecture, with intricately carved statues of gods on the wooden doors, and the roof of temple is made of gold paneling. The temple receives a donation of 25 crore rupees every year and is one of the most visited spots in Mumbai .

BASILICA OF OUR LADY OF THE MOUNT 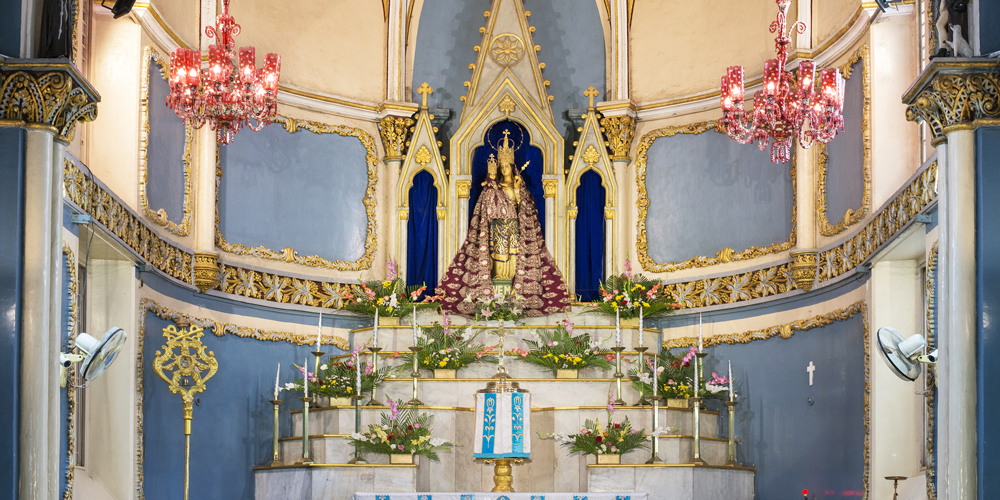 Basilica of Our Lady of the Mount, commonly known as Mount Mary Church is devoted to Mother Mary (Virgin) which echoes the style of Roman Catholic era. Nestled atop hills of Sunderban Bandra the Church looks stunning with its front gazing the Arabian Sea. Devotees from all over the city visit Mount Mary Church in hopes of healing people’s suffering. The first week of every September has a grand feast here where people of varied religion come to see the Bandra fair. A visit during the feast will leave you mesmerized and you can enjoy delicious food along with many homes’ décor items from the stalls . 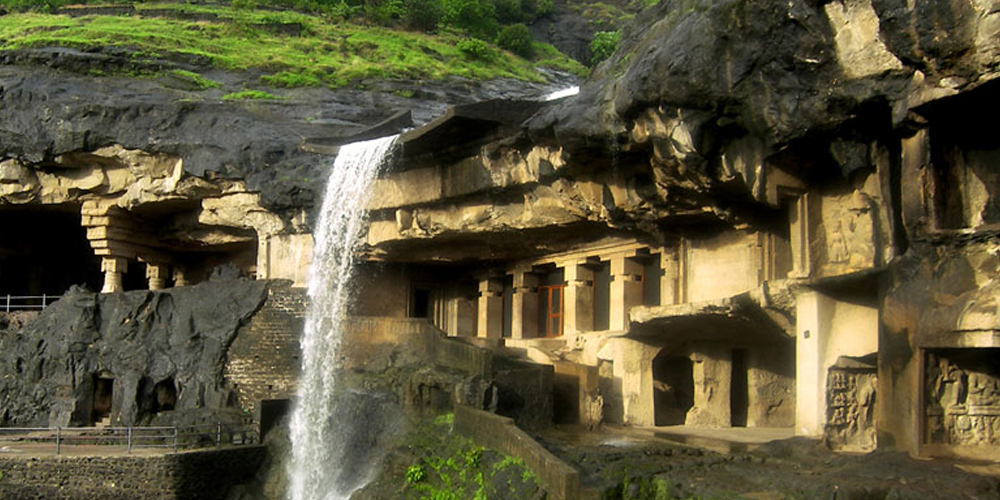 Located to the east of Mumbai ‘’City of Dreams’’, Elephanta Caves is one of the most visited tourist attractions in Mumbai. This place was named ‘’Elephanta Island’’ by Portuguese sailors in the 16th century. The name was proposed after a huge stone elephant was found at the scene. The site covers an area of approximately 16 square km and is home to the historic rock-cut structure Elephanta Caves. These caves have over 2000 years old Hindu and Buddhist temples. Important images are enshrined in these temples, such as ‘’Trimurti’’ (three headed Shiva), ‘’Ardhnarishwar’’ (a representation of Shiva and Parvati sharing one body), and ‘’Gangadhar’’ (a depiction of river Ganga plunging down the earth) .

These caves also provide a unique hiking destination and a huge number of tourists come to visit Elephanta Island every day. The destination is more famous among history overs, photographers and experience seekers. The journey to the ancient cave by ferry and the toy train makes it even more fascinating and joyful .

Apart from the modern architecture and various tourist spots in the city, these religious and historical places in Mumbai also add to its overall vibe and are a must-visit!