Amaravati Archaeological Museum is one of the most popular museums in the town of Amaravati, Andhra Pradesh. It houses an impressive collection of ancient artifacts and specimen from the 3rd century BC and 12th century AD and also acts as an Interpretation center for people who want to know more about Amaravati School of Art.

Located in the town of Amaravati in the Guntur district of Andhra Pradesh, the Amaravati Archaeological Museum is a small but popular museum in Andhra Pradesh on the banks of River Krishna. Developed by the Andhra Pradesh Tourism Development Corporation with an aim to promote archaeological artifacts, the museum was instated by the 14th Dalai Lama in 2006. The government gave the museum a new name during its inauguration and called it Kalachakra Museum and an Interpretation Centre. The museum was created to spread knowledge about olden art through exhibitions and to act as an Interpretation center for those keen to learn more about the Amaravati School of Art.

Like any other archaeological museum with a collection of ancient artifacts, Amaravati Museum also has an impressive range of artifacts ranging from the 3rd century BC and 12th century AD, that have been dug out during the excavations. It has three individual galleries for showcasing the ancient artifacts and the first one displays prehistoric artistic traditions like the Purnakumbha designs and the Lotus designs. Other artifacts include a standing Buddha statue, an Agni Skanda, a dome, and a throne under the Bodhi tree. The next gallery showcases a biography of Buddha, ancient coins of that era, and other specimens. The final gallery has some beautiful sculptures such as Yakshi, Dharma Chakra, and Budhisatvas which offer several archaeological signs.

The other major highlights of this museum include Nandishwar which is a giant sculpture of a bull, limestone sculptures of Goddess Tara and Bodhisattva Padmapani, and a rebuilt mound that has a re-decorated sculpture with a height to f 15-feet. The museum is de-humidified from time to time and is properly air-conditioned to maintain its longevity. A visit to this museum is sure to give visitors an insight on the ancient art and sculptures of India and more reason to appreciate the culture.

Other than the museum, Amaravati has many other stunning spots for tourists that must not be missed if you are in Amaravati, Andhra Pradesh. These spots are: 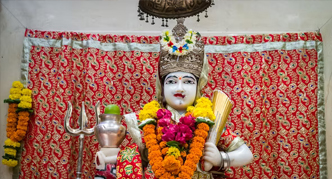 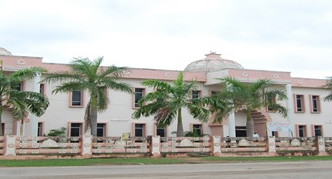 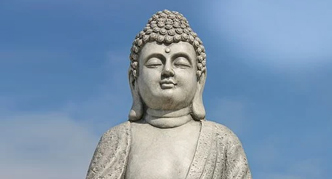 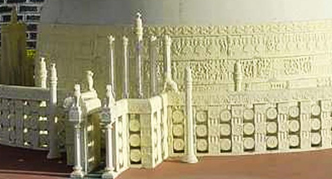 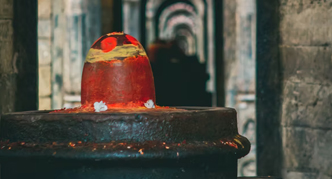