Also known as ‘’Lover’s Paradise or the Honeymoon Capital’’ of India, the beautiful town of Kullu Manali in Himachal Pradesh is one of the most visited and popular hill stations in India. Offering some of the most breathtaking and magnificent views of the Pir Panjal and the Dhauladhar ranges roofed with snow, Manali has evolved to be a traveler’s spot for young adults who wish to get an escape from the hustle-bustle of life.

With an aerial view dominated by tall pine trees, deodar trees, Sheesham trees, and the grassland filled with rhododendrons, Manali is an enchanting place for people who wish to trek and explore the side of the Himalayan ranges. Gushing down the slopes is the river Beas which offers great rafting options in the nearby small town of Kullu. Another river that flows in the town is the Parvati River which is adjoined by the Parvati Valley, Kasol, Manikaran, Tosh, and other small villages attract travelers for longer stays and to have fun. The construction of the Atal Tunnel now allows travelers to cover the distance within a few hours and reach the Spiti Valley easily, which is another dream-like location in Himachal.

The weather remains pleasant during the summers from March to October with heavy showers during the monsoons. The mountains and valley are capped with heavy snow during winters from December to February which makes Manali an ideal place for skiing, sledding, and other adventure activities. Rohtang Pass and Solang Valley are the two most preferred locations for adventure sports such as paragliding, horse-riding, zorbing, and skiing. A gift of the Himalayas endowed upon us, Manali is a town rich in its cultural heritage and age-old traditions that offers respite to the visitors from the sizzling heat of the plains and hectic city life. The stunning town of Manali can be visited throughout the year. If you wish to experience the town in its full bloom with colorful flowers and pleasant weather with snow-covered mountains, then the time between October to June is the ideal time. For adventure lovers, December to February is the best time to experience snowfall in Manali and enjoy adventure sports such as skiing and sled riding.

Rafting is one of the most loved adventure sports in Kullu Manali and is done on the tides of River Beas. It is a safe sport for experts as well as for beginners and takes about 1hour and 30minutes to complete one round.

A delight for skiing enthusiasts, Manali is one of the best locations for skiing in India with the undulating slopes of Rohtang Pass and Solang Valley covered heavily with snow. The grounds are perfect for amateurs to hone their skiing skills and ideal for the professionals to show off some of their talent.

The beautiful and enchanting town of Manali is known for paragliding. Seated at a height of 2050 meters above sea level, the lush green valley with blue skies and snow-capped mountains is a perfect location for the sport. Trainers and training sessions are provided for paragliding and the operators are well organized, experienced, and trustworthy.

One of the underrated adventure activities that travelers can indulge in Manali is trekking. The lush green slopes of the valley covered with deodar, pine, and orchid trees along with the breathtaking view of the snow-capped mountains make it an ideal location to climb some meters and enjoy the exquisite sight. Situated 3km from the town of Manali and 2km from the holy Vasishta Temple, the trek to Jogini Waterfalls through pine trees and orchards of Vasishta Village is as mesmerizing as the falls itself. Gushing from a height of 160 feet, you are sure to get enchanted by the beauty of the falls and the exquisite view surrounding it with numerous small streams and a dazzling sight of the Beas River. Nestled in the quaint valley opposite the Manalsa River, the Old Manali is a part left behind in time. However, the place hasn’t lost its sweet old-world charm and is frequently visited by travelers who wish for a quick shift from the fast-paced world and its rush. Interspersed with beautiful guesthouses and a breathtaking view, Old Manali is a must-visit sight on your next trip to Manali. Solang Valley is one of the most sought-after tourist spots in Manali with mighty mountains surrounding the valley from all sides and being the desired spot for adventure sports. During winters, the valley is roofed with glittering snow which makes it a perfect place for skiing. Even during the summers, you can visit the spot for a great family picnic. 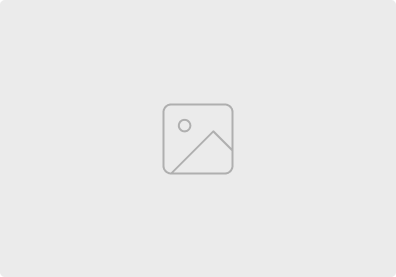 Situated in a quiet place enveloped by towering deodar trees, the Hidimba Temple is a temple dedicated to Hidimba, the wife of Bhima, one of the Pandava princes from the epic Mahabharat. The temple experiences an influx of visitors during the Hidimba Devi Festival which is celebrated by featuring folk dance performances. Rohtang Pass is another spot known for adventure sports in Manali. It is the stretch that joins Manali to Himachal’s dreamy and desert-like landscapes, Spiti and Lahaul. During winters, the place gets scattered by tourists who want to enjoy sports like sled rides, mountain biking, and skiing. Parvati Valley is a backpacker’s delight and those who want to enjoy life to the fullest. It is known for adventure activities, rave parties, charas, and spiritual experience. Some of the renowned villages located here are Kasol, Malana, Tosh, Kalga, Pulga, Rasol, Kheerganga, and Chalal.

Manu Temple in Manali is the one and only temple of Manu in India, which is considered the creator of the human race. The Pagoda-style structure of the temple offers an insight into the history and spirituality along with the architectural style of the temple which attracts a lot of visitors every year.

If you have ever dreamt of a place with lofty snow-capped mountains, lush-green pine and deodar forests, and the magnificent panorama of the rising sun while you sit beside a gushing white cool stream, then be assured, your dream is actually a reality. Snuggled in the backdrop of the Himalayan ranges in Himachal Pradesh, Manali is a traveler’s delight offering its visitors a spectacular getaway into the lap of nature along with delectable food, adventure sports, and ancient heritages.