A museum dedicated to the wide range and heritage of textiles in India, Calico Museum of Textiles is a gallery in Gujarat housing textiles dating back to 15th century. Through its vast collection of textiles from all over the country, the museum has played a significant role in keeping the heritage and culture of the country intact.

Inaugurated in 1949 by the first Prime Minister of India, Pandit Jawaharlal Nehru, Calico Museum of Textiles is one of the popular museums in Ahmedabad. Established to empower the rich heritage and wide range of textiles in India, the Calico Museum of Textiles is a textile gallery in Ahmedabad housing incredible textiles some of which date back to the 15th century. The museum was founded by Gautam Sarabhai and his sister Gira Sarabhai in 1949 when Gujarat was specifically known for its textile.

Till 1983, the museum was housed in Calico Mills but was later transferred to Sarabhai House because of the growing number of displays. The galleries in the museum are divided into different sections. For example, the Religious Textile Gallery has an extensive range of Vallabha Sampradaya, who was a renowned devotional philosophe and the Historical Textile Gallery houses original Mughal carpets, weapons, and hamlets. With its vast collection of textiles, Calico Museum brings the splendor of the bygone era into light and the treasure trove of textiles has drawn the attention of many popular figures such as John Irwin, Alfred Buhler, Moti Chandra, and its present chairman PupulJayakar.

The collections in the museum include fabrics and attires such as silk weaving, patolas, patalu shawls, scarves, and sarees. Other things can also be found such as helmets, chain mail, shields, Persian carpets used by Mughal emperors, and a collection of embroideries such as AdhaiDvipi Pat, Jnana Baji Pat, Sarad Purnima, Govardhan, Dharana, Gopastami, and Ramanavami. Visitors can physically see and touch the fabrics and garments such as Kashmiri shawls that takes three years to make, double-ikat clothes made up of 100,000 threads, KalpaSutra fabric, holographs on palm leaves, an embroidered tent and robes of Shah Jahan, fine fabrics such as silk weaving, court textiles used by Mughals, etc.

The museum also has a Textile Technique Gallery and a library consisting of books with information on textiles and art. There are frequent workshops held in the museum for students and anyone interested to learn more about the Indian textile industry. Anyone interested in textiles or studying textiles should make their way to Calico Textiles Museum at least once for a better and deep understanding of Indian textiles and to witness the rich heritage of India. 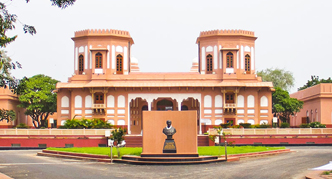 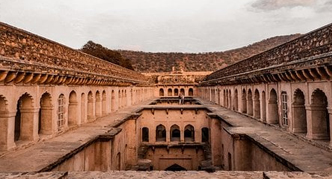 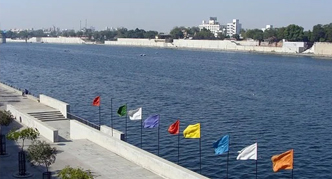 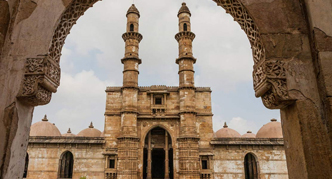 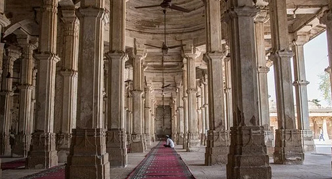 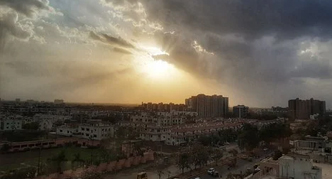