A paradise for art and history lovers, Lalbhai Dalpatbhai Museum in Ahmedabad has in store an impressive collection of 76,000 Jain manuscripts, miniature paintings, sculptures, contemporary coins, beadworks, etc. Home to many manuscripts, wooden work, paintings, sculptures, and beadwork, L.D. Museum is one of the most popular museums in Ahmedabad.

Situated in central Ahmedabad, the Lalbhai Dalpatbhai Museum also known as LD Museum is a division of Lalbhai Dalpatbhai Institute of Indology. The institute was established in 1956 and has since been gathering and preserving rare manuscripts and artifacts that are also displayed in the museum. As the assortment grew in number over the years, the need for a new building to showcase these artifacts was impending and the credit for the establishment of the new museum goes to Shri Punyavijayaji, a learned monk scholar, and ShethKasturbhaiLalbhai, a renowned industrialist in Ahmedabad. The new museum was then constructed next to the existing building and was opened to the public in 1984.

At present, the museum has a generous collection of Indian sculptures, drawings, bronzes, miniature paintings, ancient contemporary coins, beadwork, 76,000 Jain miniatures, and scroll paintings. Along with this extensive range of artifacts, the collection of Indian art from the 2nd century BC to the 20th century makes LD Museum very special. Amongst the collection, the ones which stand out are Wooden book covers (Patli) that were used to protect the palm leaf manuscripts, Kalamdan from the 17th century that were the painted and lacquered pen boxes, wooden door panels depicting Jain narratives in traditional Gujarati architecture, decorative beadwork called Moti Guthana in Gujarat from the 19th century, and the Head of Buddhist Maitreya, Gandhara from 5th century AD which represents the yogic concentration in the human face. The museum also organizes workshops to promote Indian art and culture.

Other things to see include rare cosmological diagrams known as Adhivipa, Jaina Siddha Chakra Yantra, manuscripts of the Kalchakra Katha in Mandu style, MatarSanghrahani Sutra painted by Chitara Govind. A walk through the section of the beadwork would give the visitors insight into the imagination and creativity used in creating beautiful textiles in beadwork for marriages and other ceremonies. A new section called Priyakant T. Munshaw Gallery displays coins from the Mughal era under the rule of different kings and the contemporary coins as well. Visitors can also see beautiful sculptures of Hindu deities made with bronze, marble, and stone, and some amazing collections of woodwork and stonework too. The library in the museum houses books in many distinct languages that are related to ancient Indian literature, Indian art, performing arts, Indian sculptures, etc. All in all, a great place to witness the amazing and impressive Indian art collection and to rejoice in its beauty. 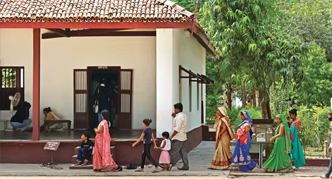 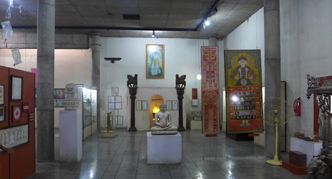 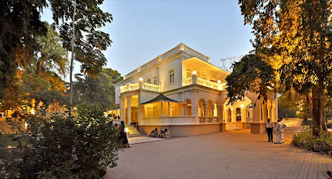 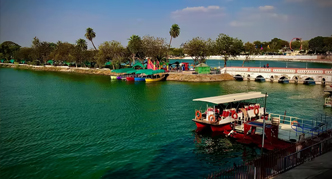 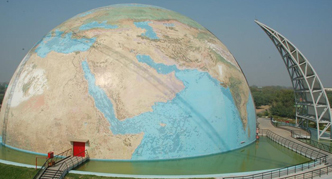